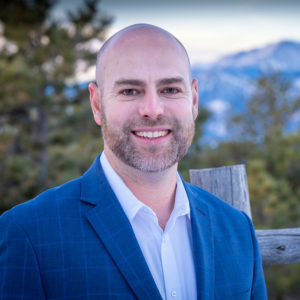 Dr. Scott N. Frederick attended Cal Poly in San Luis Obispo where he graduated with a Bachelor of Science in Biochemistry. He subsequently went on to dental school at The University of Southern California. While in dental school, he took trips to Costa Rica and Belize with the Ayuda Dentistry Clinic, a volunteer organization that provides free dental services to underserviced populations. Also while at USC, he was on the IV sedation and the Emergency Response Team working underneath Dr. Stanley Malamed. He served as President of the Chi Chapter, Delta Sigma Delta Dental Fraternity. Upon graduating, Dr. Frederick received the Tom Asfkin Fakour Leadership Award, The Distinguished Service Award from Delta Sigma Delta, the Dental Materials Academy Award, and the Fixed Prosthodontics Award from USC.

After graduation from dental school, Dr. Frederick served as an active duty officer with the U.S. Army where he reached the rank of captain. He was selected as a US Army ambassador to the Canadian Army, where he graduated from a 1 month Prosthodontic Course. During his time of active duty, he served for one year in Eastern Afghanistan as the 101st Airborne (Air Assault) 1st Brigade Combat Team Dentist. He also graduated from US Army Air Assault School. He was a three-time Army Commendation Medal recipient.

Dr. Frederick has been with Colorado Dental Group since 2011. He currently serves as Clinical Director of Peak Dental Services. He is a member of the AGD, ADA, CDA, American Academy of Clear Aligners, MDDS, and Colorado Springs Dental Society.

Dr. Frederick is married to Dr. Anna G Frederick. Together they have a daughter, Zoe, a chocolate lab named Elphaba, and another rescue dog named Stella. In his spare time, Dr. Frederick like to play tennis, go curling, go fly fishing and go skiing and snowboarding with the family. He also enjoys volunteering as a coach for U6-7 girls soccer for the Colorado Springs Pride Soccer Club.